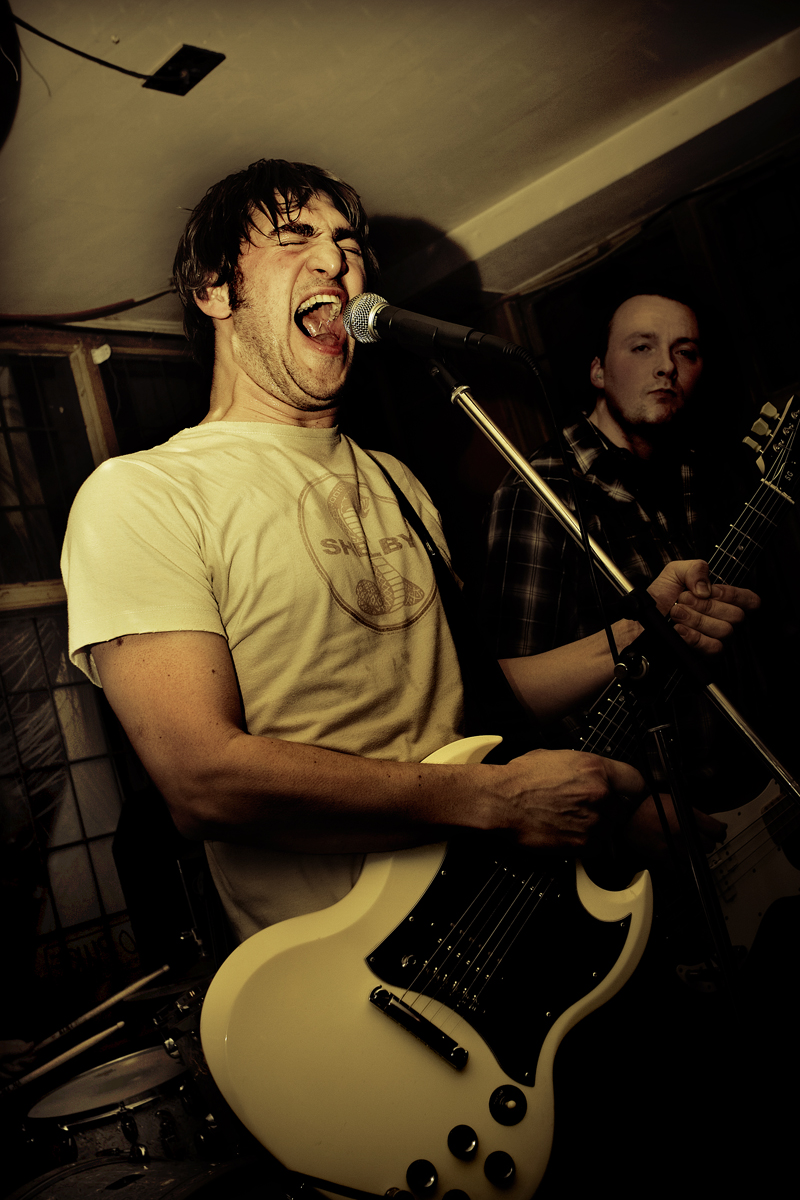 Last night Black Bottle Riot had its first gig at the always chillin’ & thrillin’ Plu Pub in Nijmegen! This was a good showcase for us, as we had the honour of playing at the 62nd birthday of our good pal Bas Aaftink. (Don’t be fooled by his looks or chit-chat, he IS that old.)

The Pub was filled with a lotta music lovers and we had thirty minutes to show ’em what we got. We played six grindin’ originals and the audience definitely had a ball – as we did ourselves! Just take a look at this most rockinest pic by our buddy Mike Nicolaassen and decide for yourself that you simply can’t miss out on BBR.

Thanx to everybody who showed up at Bas’ party – hope to c y’all next friday at Maddogs in Groesbeek!