Our new album “Fire” has been out for a couple of weeks now and it’s going quite good! Since the release we played a bunch of instores, radio stuff and live shows with a great response from the audiences – resulting in good sales for CD’s as well as LP’s and a solid run of streams. “Fire” has entered the Vinyl33 hitlist on #4! Buy that beautiful limited clear vinyl while you can, for instance at an instore gig this Record Store Day, Saturday April 13th: 13h00 Wim’s Muziekkelder (Doetinchem) and 16h00 Popeye (Hengelo).

So this one goes out to the fans: THANK YOU for buying our (self-released!) album and supporting the BBR wolfpack that loves you right back. 🙂

Hope to see you soon! Lots of shows coming up & reach out to our booking agency if you want to book us yourself. 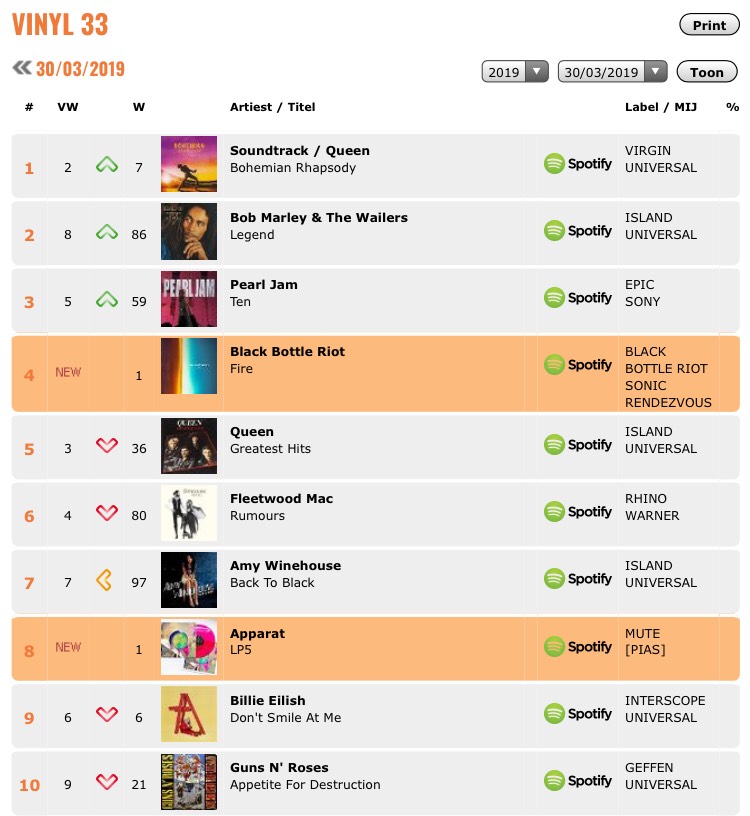