Dear friends, we’re very pleased to let you know that Black Bottle Riot is back on the road after 4 months. In the meantime we’ve been jamming, rehearsing and writing with our new drummer Mark Weerts. This is the only line-up change we’ve gone thru since our take off in 2008. We’ve known Mark for quite some years now. Mark was already a longtime regular in our touring van, whether he filled in for Pieter on drums, drank our backstage beers and whiskey, cut some backing vocals on studio albums, or appeared in video clips (check this one, back in 2011!). It feels as if he was some sort of a band member already, just as we feel our crew is too.

But nonetheless this feels somewhat like starting a new band, because the chemistry within the band is totally different than before. We knew this was coming; when a wolfpack loses one member, there’s no going back to the old ways and days. All is new. And change can be a good thing.

We feel very blessed to come out of this with a line-up that’s very promising and endurable. Make sure you join the vibe and come to a gig. Black Bottle Riot will not play a ton of shows this summer, so grab your chance when it’s there. We’ve always been in it for the long run: not for hypes, quick success and/or instant gratification. Don’t rush it, but don’t lay back either. Good work needs time.

Can you spot Mark in this band & crew pic? You might recognize the pic from the cd version of ‘III: Indigo Blues’. [click to enlarge] 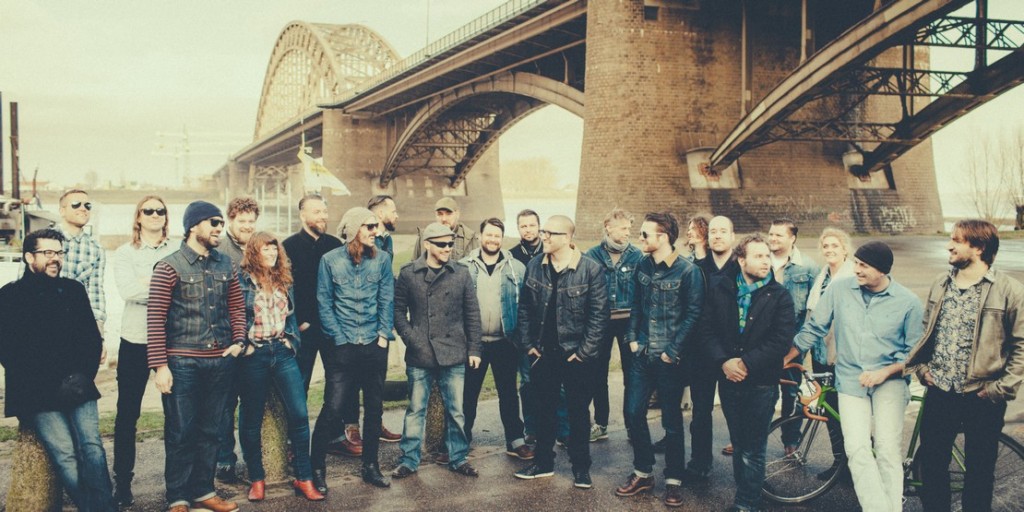 See you on the road! Simon, Mike, Jaap & Mark